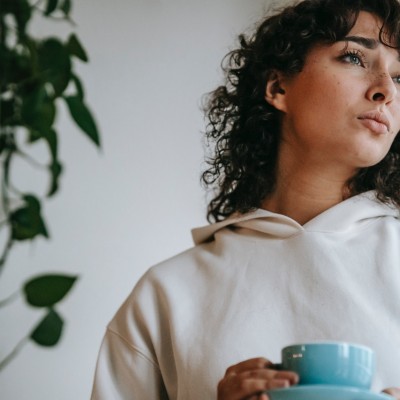 Mitchell v. Reykdal, a recent Court of Queen’s Bench of Alberta decision, delved into when a married person can still be an adult interdependent partner (“AIP”). At the end of a 17+ year relationship, Ms. Mitchell sought AIP support from Mr. Reykdal and he defended against that application on the grounds that he was still living with his wife of nearly 30 years such that he could not be Ms. Mitchell’s AIP. The parties had no children together.

There were three issues before the Court:

For some background, Ms. Mitchell and Mr. Reykdal separated in November of 2017. Shortly thereafter Ms. Mitchell filed a Statement of Claim claiming, among other things, AIP support and damages in relation to property and business acquired during their 17-year relationship. It was only in the course of consulting with counsel that she became aware that Mr. Reykdal was still legally married as he had always told her he was divorced. Similarly, it was Ms. Mitchell’s court application that led to Mrs. Reykdal finding out of Mr. Reykdals’ other relationship. She subsequently filed for divorce in January of 2019.

For all intents and purposes Mr. Reykdal lived a double life unbeknownst to both women. It appears the biggest reason he was able to pull off such a feat for almost two decades was because of his employment in the oil and gas industry: Mrs. Reykdal, who was called as Mr. Reykdal’s witness at trial, testified that it was not unusual for Mr. Reykdal to be gone for weeks at a time because of work. What she was unaware of at the time was that the majority of the time that he said he was away at work he would actually return most nights to the home he shared with Ms. Mitchell. Ms. Mitchell, on the other hand, was led to believe that Mr. Reykdal’s absence every second weekend from their home was because that was when he had parenting time with his boys in Red Deer. In actuality that was when he was returning home to both his wife and boys.

Essentially the trial centered around the interpretation of “living with” in section 5 of the AIRA. Some of the relevant facts at trial in support of Mr. Reykdal continuing to “live with” Mrs. Reykdal such that he could not be an AIP were that the Reykdals:

In an attempt to characterize Ms. Mitchell as a mistress rather than an AIP, Mr. Reykdal also testified that:

Likewise, some of the relevant facts discussed at trial to support the idea that Ms. Mitchell was Mr. Reykdal’s AIP were:

Given the above, and taking into account the factors set out in sections 1(1)(f) and 1(2) of the AIRA, the Court had no difficulty in finding that Ms. Mitchell was in a relationship of interdependence with Mr. Reykdal.

The next step was to determine if Ms. Mitchell was barred from being an AIP because Mr. Reykdal was still “living with” his wife for the entirety of the relationship. In making this assessment, the Court held that, as opposed to the broader interpretation of the term “living with” as it is used in other Canadian statutes which give effect to the remedial nature of that other legislation, a comparative analysis was necessary to construe “living with” in section 5 of the AIRA since it was to determine if Ms. Mitchell was even entitled to AIP support. The Court was not prepared to pit the two relationships against each other and simply give preference to the marriage over the marriage-like one.

The Court reasoned that when Mr. Reykdal had deceived both women into interdependence he should be responsible for the obligations that come with marriage and marriage-like relationships. Ultimately, after comparing Mr. Reykdal’s marriage with Mrs. Reykdal and his adult interdependent relationship with Ms. Mitchell, as well as comparing his work-life and how he chose to spend his free time, the Court held that Mr. Reykdal had been “living with” Ms. Mitchell more than Mrs. Reykdal such section 5 of the AIRA did not bar her from being his AIP.

Once Ms. Mitchell had proven she was an AIP, the Court held that she was entitled to AIP support and that none of the support she had been paid to date by Mr. Reykdal was to be repaid.

If you are going through a complex separation and need support, our lawyers are able to help you. We are experienced in complicated litigation and support issues and will get you where you need to go.

< Previous Post Parental Alienation: Effects and Consequences of Alienation on the Child
Next Post > What happens if separated parents can’t agree on whether to vaccinate their children?