Retroactive Child Support for Former Children of the Relationship 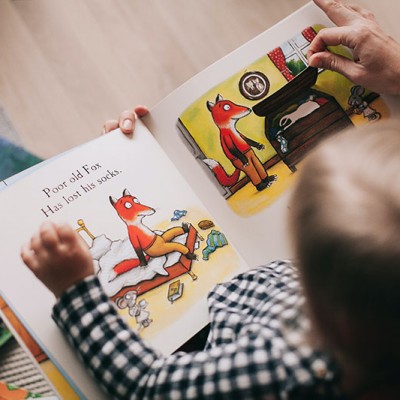 In Michel v. Graydon, a 2020 Supreme Court of Canada decision, it was held that the court can retroactively adjust child support amounts for non-married couples even after the child is no longer a child of the relationship if the provincial statute allows for it. Prior to this decision, it had been widely believed that once a child was not considered a “child” for the purposes of child support, past child support was unreviewable. In this decision the Supreme Court of Canada was clear that child support is the right of the child and it is only fair that retroactive adjustments account for any discrepancy between what he/she had a right to receive versus what the payor parent actually paid.

What should be taken from this case as a payor parent is that the court will take into consideration your conduct when determining if child support is appropriately retroactively varied. It is important to exchange annual financial disclosure as set out in any court order to ensure you are paying the appropriate amount of child support based on your actual income. Withholding a higher income will likely not mean that you avoid paying more child support, but rather that you are required to pay a much larger amount down the road. Oftentimes it is too easy to think of child support as money being paid to your ex-partner for his/her benefit, but that is not what child support is. It is important to remember that child support is paid to assist the recipient in supporting your child and making sure his/her needs are met.

Simply put, this case suggests that the Supreme Court of Canada views child support as a debt that must be paid which does not simply disappear once the child is 18 or able to withdraw from his/her parents’ care. It would be prudent for parties where child support is an active issue to remember this.

In Alberta, section 46(b) of the Family Law Act defines “child” for the purposes of child support as someone under 18, or someone over 18 if he/she is unable to withdraw from his/her parents’ care or to obtain the necessaries of life because of:

a. Illness;
b. Disability;
c. Being a full time student; or
d. Other cause.

When considering whether retroactive child support is warranted, the court said that the entire situation must be considered. This includes factors such as:

a. Why the recipient parent waited to ask for the support;
b. The actions of the payor parent;
c. The child’s circumstances; and
d. Whether it would cause the payor parent hardship to have to pay retroactive child support.

In this case, when looking at each of the factors:

The Supreme Court of Canada specifically noted that if a recipient parent were only able to apply to vary a child support order while the child was still receiving child support it could act as an incentive for the payor parent to deliberately try to delay the recipient payor from finding out their actual income until it was no longer relevant. Simply put, such a deadline could motivate the payor parent to act in bad faith and not be forthcoming about their income because they would know that as soon as child support was no longer payable any underpayments made could not be collected by the recipient parent or the child.

The court also commented on the feminization of poverty and how it is deeply intertwined with child support and child poverty. The Supreme Court of Canada noted that women still shoulder the majority of childcare and custody obligations while earning less than men. It also discussed how these factors come to the forefront when a relationship breaks down and that these are important considerations when contemplating retroactively varying child support.

This case acknowledges that there are additional hurdles that women who are receiving child support face when attempting to support their children through employment. It also acknowledges the difficulty many recipient mothers have with determining the payor parent’s income to determine if child support needs to be recalculated. It is important to make efforts to ascertain annual income information from the payor parent to ensure that your child is receiving the appropriate amount of child support. If you are unable to, this case seems to direct provincial courts to be lenient when assessing why there was a delay in applying for a retroactive variation in child support and allow those applications to be heard even if the child is no longer receiving child support.

Our lawyers are trained and experienced child support and retroactive child support litigation. Contact us now to schedule your free consult.