Parental Alienation: Effects and Consequences of Alienation on the Child 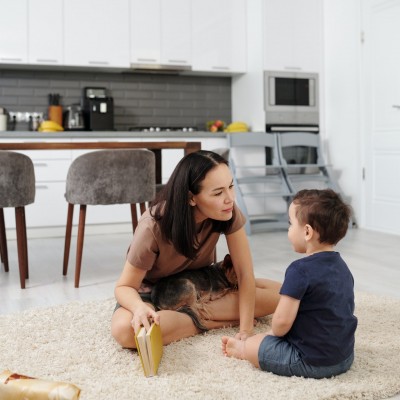 Eight behaviors common amongst all alienated children have been identified. While these are not all necessary for proving alienation, in the vast majority of cases all eight behaviors will be present to varying degrees.

Weak, frivolous, and absurd rationalizations for rejection of the targeted parent.
A child who has successfully been alienated from a parent will not recognize the alienating parent’s role in it, but rather justify the rejection with reason(s) that are not objectively significant enough to warrant the rejection of a parent.

Belief that he/she has independently decided to reject the targeted parent.
The child believes that his/her decisions were autonomous rather than recognizing the alienating parent’s role.

Numerous studies have found that there are pervasive consequences into adulthood for a child that alienates a parent. These negative effects may seep into every aspect of his/her life, including the psychological, social, and mental domains. One study found that the long-term effects of parental alienation consistently affected the now-adult’s self-esteem, ability to trust, and ability to avoid alienation from his/her own child. The study also found a link between being alienated from a parent as a child and an increased likelihood of depression, divorce, and drug/alcohol abuse.

Low self-esteem and self-hatred go hand-in-hand for now-adults that rejected a parent as a child. This may be because the hatred they felt towards the alienated parent was also turned inwards. By rejecting half of his/her identity in this way the child is also more likely to feel as if he/she is lacking a sense of community or general belonging which also increases the risk of low self-esteem. The absence of community can also result in a child being unable to fully develop their identity creating further issues of identity and self-disdain. Another possibility is that the repetitive propaganda from the alienating parent was successful and the message was internalized. This internalization would lead the child to believe that he/she is unworthy of being loved, because if even his/her own parent abandoned him/her then there is nothing to stop the rest of the world from doing the same. Low self-esteem and self-hatred also stems from now-adults who alienated a parent when they were younger recognizing the effect the alienation had on the targeted parent as well as the role they, as a child, had in it. It appears that the guilt and self-loathing that is often associated with this breakthrough can also increase the risk of alcohol or drug abuse as a form of coping. It should be noted that the more frequent and diverse the use of alienation behaviors by the alienating parent was, the more significant the impact was on the child’s self-esteem later in life.

One of the most disturbing consequences of being alienated from a parent is the exceptionally high rates of depression it can cause in the now-adult. These rates have been reported to be as high as 70% in some instances. When asked, participants of one study attributed their depression to feeling unloved as a child by the target parent, as well as the actual separation it had caused between them. This extended separation from a parent can be analogized to the death of that parent for the child since communication and interaction is completely halted. However, because of the effects the alienating parent has had on the child such that the child believes the targeted parent deserves to be rejected, the child is unable to grieve the loss of a parent or even process the loss at all.

When children alienated from a parent do eventually realize the role their other parent played in the entire thing they develop deep anger and resentment towards him/her, meaning that these now-adults are left with no relationship with either parent or only a strained relationship with the alienating one.

Adults who alienated a parent when they were a child also seem to have a harder time trusting both themselves and others. This specifically led to an increased inability for females to have stable, long-term romantic relationships if it was their father who had been alienated. Again, the same reasoning applies as for low self-esteem: these women thought that if they could not trust their own father to stay in their life when they were children, then there was no guarantee that any other male would either.

Even if these now-adults do manage to get married (which is an uphill battle on its own because of the difficulty they often have forming romantic relationships) their rates of divorce and subsequent alienation from their own children are concerning. One study of adults that had previously alienated a parent found that roughly ⅔ of participants report they had been divorced at least once, a further ¼ had been divorced more than once. While some of these statistics reflect the general likelihood of divorce among children with divorced parents, the consequences alienation can have in increasing the chances of divorce is not to be downplayed. After divorce a steady half of the participants with children in one study reported that they were now alienated from their own kids, while others without children declared that remaining childless was a deliberate choice in order to not one day be have the parental alienation cycle repeated on them.

These now-adults likely were not taught how to resolve interpersonal conflict as children, nor were they able to watch their parents to learn how on their own, so they struggle to maintain necessary positive relationships. For example, they may lack the ability to network because of their low self-esteem or ability to maintain non-confrontational relationships with their co-workers. Therefore they may have to resign themselves to jobs that do not require much human interaction which, as is known, can create feelings of isolation and trigger depression.

With many of the aforementioned consequences of being alienated from a parent as a child come an increased risk of alcohol or drug abuse. For instance in one study ⅓ of participants responded that they had serious issues with drug and/or alcohol at some point in their lives. Often times this is used as a form of self-medication in order to allow the now-adult to handle the guilt he/she may feel for arbitrarily rejecting a parent or the anger he/she may feel towards him/herself or the alienating parent. Substance abuse can also further weaken personal relationships the now-adult may have or even affect his/her ability to maintain a job.

Studies have shown that children who were alienated from a parent will later express that they wish someone had stepped in to stop their behavior and not allow them to reject their parent despite how visceral their emotions were at that point in time.

If you or someone you know is dealing with parental alienation, we can help. Our lawyers are trained in all aspects of parenting, custody, and access disputes. We have the resources and experience to help you through this process.