Parental Alienation: What is it and what causes it? 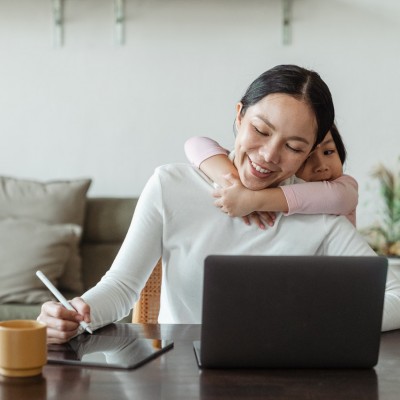 Parental alienation arises in situations where a child persistently rejects one parent in favor of the other for no objectively valid reason. This is at least partly because of a favored parent’s behavior. To begin, the terms ‘alienated parent’ and ‘targeted parent’ are, among others, both used to refer to the parent who is the subject of the parental alienation and therefore rejected by a child. Conversely, the ‘alienating parent’ or ‘favored parent’ is the one engaging in a campaign of alienation that the child eventually embraces to a varying degree.

If a parent is validly rejected by a child, then the child is said to be ‘estranged’ from the parent and not ‘alienated’. While the estrangement of a child can be described as protective and reasoned, the alienation of a child is distinguished by the child’s disproportionately negative feelings and beliefs regarding the alienated parent; and these negative feelings and beliefs must be contrary to the child’s actual experiences with the alienated parent.

Consequential reasons for rejection of a parent could include physical, emotional, or sexual abuse. As well, the alienated parent may have an authoritarian parenting style or be inconsistent and unpredictable when it comes to expectations of the child. The alienated parent may also be immature, emotionally unavailable, or have substance abuse issues.

There are three levels of parental alienation:

Parental alienation is a consequence of high conflict relationship breakdowns. These high conflict cases are often characterized by manipulation and a refusal to comply with Court Orders. Affidavits submitted to the court are regularly lengthy and contradicting, making it extremely difficult for the Court to decipher the true facts. In some instances a party may use parenting arrangements as a way to punish the other party or continue to exert control. These high conflict separations involving a child almost always result in the child being pulled into the conflict, and it is in these situations that the risk of parental alienation arises.

In the significant majority of cases the alienation is done by the parent who has more significant parenting time.

Common characteristics of targeted parents include:

The targeted parent may also inadvertently contribute to his/her alienation by behaviors such as:

For a child, risk factors and indicators associated with alienation include:

Lastly, there are certain characteristics, if evident in the parents’ relationship, that can also indicate a possibility of alienation:

If you or someone you know is dealing with parental alienation, we can help. Our lawyers are trained all aspects of parenting, custody, and access disputes. We have the resources and experience to help you through this process.