Preparing for the challenges of a ‘grey divorce’ 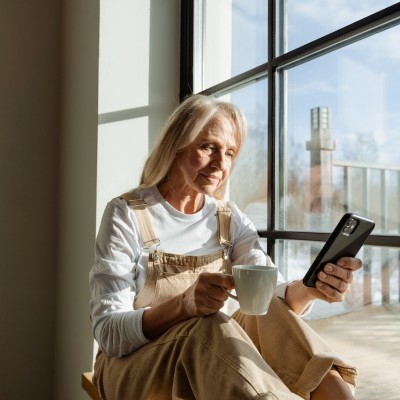 You married in your 20s and worked hard for 30 years. You built up a sizeable portfolio of investments and are looking forward to a comfortable retirement. But then the unexpected happens: your spouse tells you they want a divorce.

“Grey divorces” (referring to a demographic trend where spouses separate later in life and after a long period of marriage) are increasing as our population ages. According to a media report, the number of divorced Canadians over age 65 grew by nearly 80 percent from 2010 to 2020, increasing from 352,000 to 630,000. By comparison, the population of married individuals over 65 grew by only 45 percent in the same period.

According to Environics Research, Baby Boomers, those born 1946 to 1964, are most likely to say they believe retirement will introduce significant stress into their marriages. The report adds that ‘Boomers’ are not willing to remain in an unhappy marriage since they “are more likely to prize their own happiness during their remaining years on Earth. And if it costs more – well, that’s never stopped them before.”

There are a multitude of reasons why grey divorce is on the rise:

Grey divorce issues a lawyer can help with

While child custody is usually not a sticking point with a grey divorce, there are many other issues that you should seek legal advice to resolve. They include:

Estate plans, wills, insurance policies are other financial documents all have to be updated to reflect your separation from a partner in order to avoid confusion down the road. If that does not happen and you or your partner suddenly dies, court challenges among beneficiaries could result.

Married people cannot be in an adult interdependent relationship

In a 2021 case heard by the Court of Queen’s Bench of Alberta, the judge ruled that a woman who was romantically involved with a man for 17 years was an adult interdependent partner, despite the fact he was married to another woman at the same time. While technically, one cannot be in both types of relationships, the court ruled that since the man had deceived both women into interdependence, he should be responsible for the obligations that come with marriage and marriage-like relationships.

The woman he was having the affair with only found out he was married when she was filing a Statement of Claim, asking for AIP support and damages in relation to property and business acquired during their 17-year relationship. This application alerted his wife to the other relationship, which led to her filing for divorce.

In March of 2022, the Court of Appeal overturned the lower court order, finding that the trial judge had made a “palpable and overriding error” in her interpretation of section 5(2) of the Adult Interdependent Relationships Act, which provides that a married person cannot become an adult interdependent partner “while living with his or her spouse.”

The court also expressed sympathy for the women involved, with the judgment concluding: “The appellant deceived two women in the most selfish and intimate way for many years. One can well understand having sympathy for both of them, but the Act does not provide a remedy.”

Don’t count on a prenuptial agreement

Prenuptial agreements can often make sense when a couple is starting a marriage since they effectively set out what happens in the eventual circumstances of divorce. But if you have been married for 30 or more years, many factors such as health conditions may have arisen that the agreement did not contemplate or address. If your partner cannot work or support themselves, a Judge may consider how much weight to apply to a prenuptial agreement rather than simply strictly enforcing the agreement when deciding on how the Estate should be divided. Depending on your Province of residence, there also may be legislation that addresses circumstances when a dependent spouse has not been adequately provided for in a person’s Will, and where the Court may intervene and effectively ‘re-write’ some or all of the dispositions to ensure that the dependents are cared for.

Call us for advice with your grey divorce

Divorce at any age can certainly be traumatic for those involved, but the financial stakes in particular are much higher with a “grey divorce” and can have significant impact on retirement planning. Legal counsel at Demas Schaefer Family Lawyers can guide you through this difficult time, helping to ensure your rights are protected. Set up an appointment with one of our experienced family and divorce lawyers today. We offer a free 15-minute telephone or video consultation so you can see how we can help.